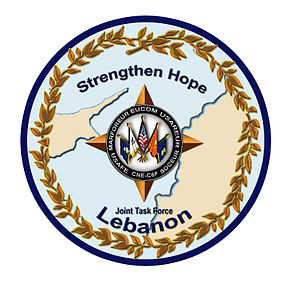 State Department: The July 2006 Evacuation of American Citizens from Lebanon

At your request, we have been conducting an ongoing review of State’s efforts to plan for, execute, and recover from the evacuation of U.S. government personnel and American citizens from overseas posts. As part of this review, we collected information on State and DOD’s efforts to evacuate U.S. citizens from Lebanon in July and August 2006. To address your questions about the Lebanon evacuation, we briefed members of your staff on April 30, 2007, on (1) how State and DOD prepare for evacuations; (2) how State and DOD carried out the Lebanon evacuation; and (3) our observations on State and DOD’s successes and challenges in implementing the evacuation. This letter summarizes the main points from our presentation.

By this resolution, the Council also authorized UNIFIL to take all necessary action in areas of deployment of its forces and as it deems within its capabilities, to ensure that its area of operations is not utilized for hostile activities of any kind; to resist attempts by forceful means to prevent it from discharging its duties under the mandate of the Security Council; and to protect United Nations personnel, facilities, installations and equipment, ensure the security and freedom of movement of United Nations personnel, humanitarian workers and, without prejudice to the responsibility of the Government of Lebanon, to protect civilians under imminent threat of physical violence.

The U.S. Military Response to the 2010 Haiti Earthquake: Considerations for Army Leaders

RAND report that describes how the U.S. military responded to the 2010 earthquake that devastated Haiti, and it presents recommendations for improving military foreign humanitarian assistance and disaster relief. The report should be of interest throughout the Department of Defense, as well as to other organizations involved in such assistance and relief operations.

There are important lessons about the military's role in disaster relief efforts to be learned from Operation UNIFIED RESPONSE despite America's long history of responding to natural disasters around the world. Among these are the areas where the Department of Defense can best support the U.S. Agency for International Development Office of Foreign Disaster Assistance (through the Department of State), which has the authority and responsibility to lead. the United States' foreign disaster relief efforts. The size, training, and specialized equipment of the Department of Defense make it uniquely suited to focus on certain parts of the initial response effort; specifically expeditionary emergency medicine, vertical lift (for transportation/evacuation, logistics, search and rescue, and command and control), command and control communications, and logistics.

This study analyzes Operation UNITED ASSISTANCE, the Department of Defense support to the United States Government’s response to the Ebola crisis in Liberia in 2014‐2015. While the military dealt with force health protection in the past (e.g., 1918 Spanish flu pandemic), Operation UNITED ASSISTANCE was the first US military operation to support a disease‐driven foreign humanitarian assistance mission.

Joint and Coalition Operational Analsysi (JCOA) conducted a study of Operation UNITED ASSISTANCE planning and initial response to the 2014 African Ebola outbreak in order to identify and document best practices, lessons, and challenges, with a focus on implications and recommendations related to the conduct of similar future joint force operations, the broader USAFRICOM mission, future joint force development, and DOD support to USG National Response to Bio-Contagion plans and processes.

This Center for Army Lessons Learned bulletin is the result of many interviews and data collection activities with the U.S. Army Africa (USARAF) staff. It is not meant to be totally comprehensive, but rather to serve as a quick and easy-to-read guide for follow-on units focusing on selected key areas.

This U.S. Army Center for Lessons Learned (CALL) initial impressions report provides a summary of insights, lessons, and best practices collected during interviews from the commander and staff of the 101st Airborne Division and the staff of the 101st Sustainment Brigade during the umbrella week collection, 04 to 08 MAY 2015, following their return from Operation United Assistance.

This roadmap is provided to assist governments and partners in the revision and resourcing of country-specific operational plans for Ebola response, and the coordination of international support for their full implementation.