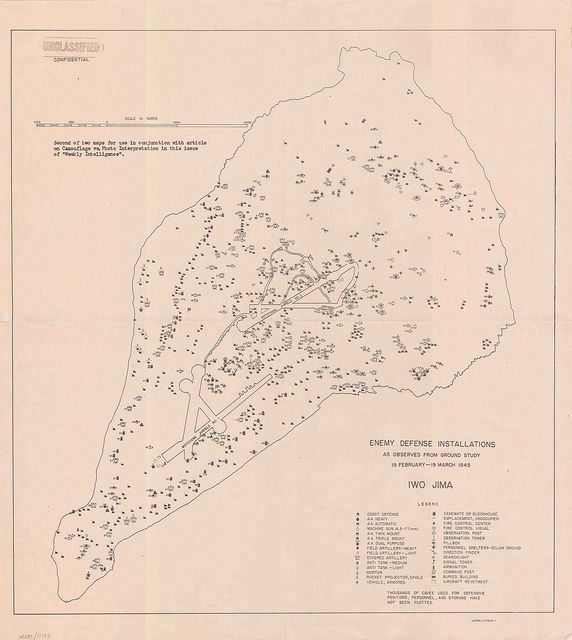 A caption printed on this map reads "Second of two maps for use in conjunction with article on Camouflage vs. Photo Interpretation in this issue of 'Weekly Intelligence.'" This map depicts airfields, coastal defenses, artillery and antiaircraft, mortar positions, casements and blockhouses, signal towers, pillboxes, and observation posts and observation towers, among other features. The map notes that the thousands of caves on the island have not been plotted.
Archives Branch of the Marine Corps History Division. OFFICIAL USMC Photograph.