QPME: Warfighting: History of the MCDP, Roots of Maneuver Warfare, and the Doctrine in Action

Warfighting: History of the MCDP, Roots of Maneuver Warfare, and the Doctrine in Action explores the development of the Marine Corps capstone publication MCDP 1 - Warfighting.

The post-Vietnam era was a period of reformation within the U.S. military establishment. The Marine Corps, facing close scrutiny, experimented with various exercises while searching for and developing the niche it would serve for the nation. As the video clip shows, this period of activity could best be described as an "intellectual renaissance" within the Marine Corps. 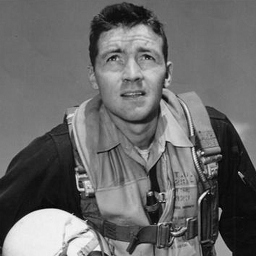 Click on the image to open a full-sized version in a new window.

From Erie to the Air

For Erie, Pennsylvania, native John Boyd, an early career as an Air Force pilot led to greater renown as a military strategist. For more information on the life of Col John Boyd watch the following video by the Erie Hall of Fame.