The Battle of Chancellorsville

"May 1863 opened in a burst of spring glory along the Rappahannock River....Armed with an excellent strategic blueprint, Union Major General Joseph Hooker and his Army of the Potomac marched into this scene of pastoral renewal. General Robert E. Lee and Lieutenant General Thomas J. "Stonewall" Jackson reacted with a series of maneuvers that carried their fabled collaboration to its dazzling apogee. The confrontation produced a grand drama filled with memorable scenes, a vivid contrast in personalities between the respective army commanders, and dogged fighting by soldiers on both sides. Its final act brought humiliating defeat for the proud Army of the Potomac and problematical victory for the Army of Northern Virginia."

--The Battle of Chancellorsville, 1995 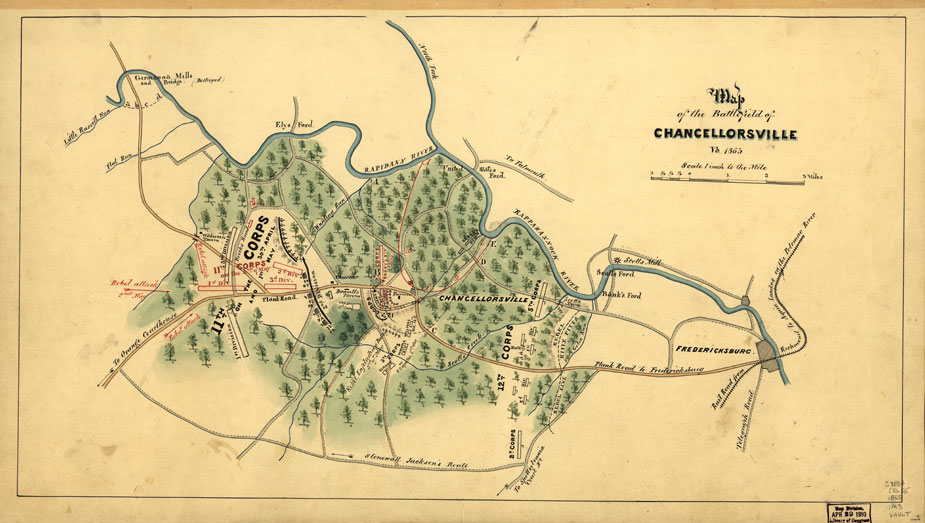 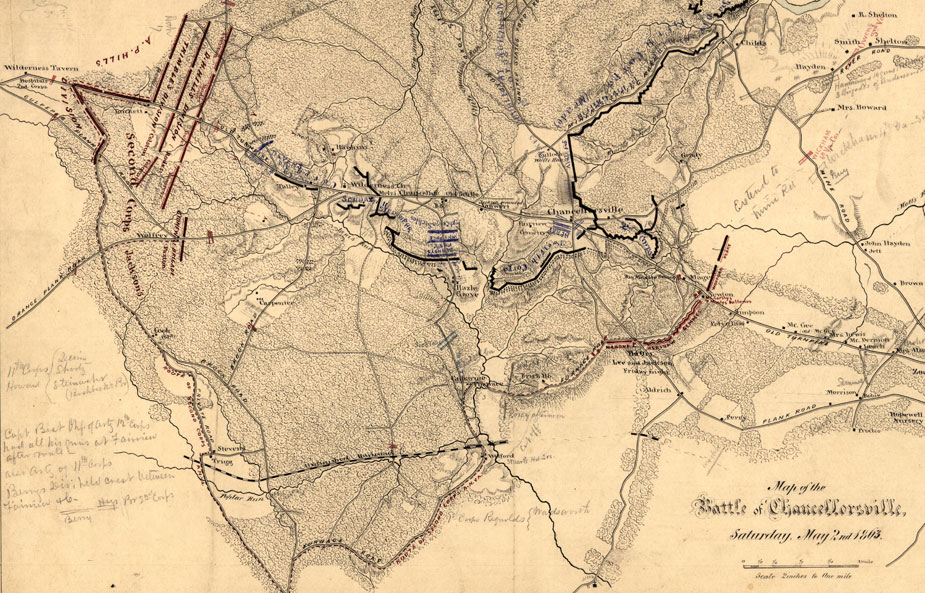 2 May 1863 [Library of Congress Geography and Map Division Washington, D.C.] 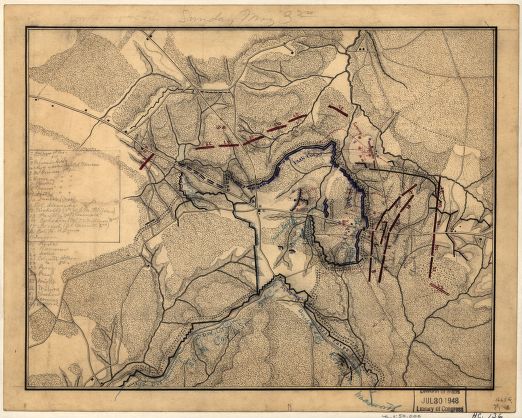 3 May 1863 [Library of Congress Geography and Map Division Washington, D.C.] 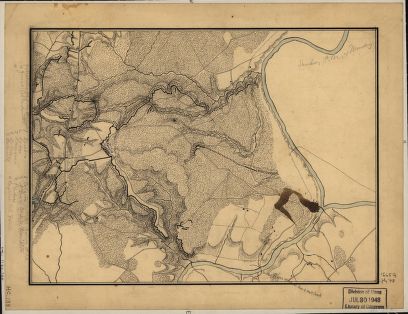 3-4 May 1863 [Library of Congress Geography and Map Division Washington, D.C.]