Scope and Content: The Oliver Norris Collection consists of materials relating mainly to his career with the Marine Corps. The dates of the collection range from 1927-1947.  Norris's service was unusual in that he served multiple enlistments in the Marine Corps over two different periods. Initially joining in 1927 he served six years in the Inter-War era, serving with the Nicaraguan Expeditionary Force from January 1928 to August 1929. He left active service in the Marine Corps in 1933 (serving in the reserves until 1938).

Following the Japanese attack on Pearl Harbor, Oliver Norris reenlisted in the Marine Corps as a private, and on 2 February 1942 he was reappointed to the rank of Gunnery Sergeant. During World War II, he served aboard the battleship USS South Dakota until 6 May 1944.  As a crewmember Norris participated in numerous naval campaigns. His discharge specifically notes defending against "enemy air attack", service against enemy naval forces off the Santa Cruz Islands, and actions in the Guadalcanal campaign.

The USS South Dakota had a long and storied history. The ship was the first of America's new class of battleships. Shrouded in secrecy from its inception, the ship was initially referred to as "Battleship X". From 1942 to 1944 (the time in which Norris was aboard) the ship was struck by a 500-pound bomb in the Battle of Santa Cruz. At the 2nd Battle of Savo Island (Guadalcanal) the ship was struck by 42 major caliber enemy shells, and sunk three enemy cruisers. In 1943, the battleship served in the Atlantic Ocean. It returned to the Pacific in late 1944 to take part in the invasions of the Gilbert Islands, Naru Island, Marshall Islands, and bombarded Roi/Namur. Additional fighting found the South Dakota fighting off Guam, Saipan, Tinian and New Guinea in 1944.

Following his active ship service aboard the USS South Dakota Norris ultimately rose to the rank of sergeant major and spent the remainder of the war training Marines at Camp Lejeune.

Included in the collection are clippings, ephemera, service records, publications, photographs, and correspondence school study materials. Of particular interest are photographs depicting Marines training in hand-to-hand combat, including grappling, boxing, and unarmed defense against bayonet attacks. It is unknown if these photographs were official or if they were taken by Norris, who had other photographs dating from roughly the same time period. The collection also includes correspondence school curricula for courses in mathematics, radio repair, and electricity, which evinces the educational opportunities available to Marines in the years leading up to World War II.

The collection is arranged alphabetically by subject headings and chronologically within each series (excepting the correspondence school materials, which are arranged numerically by serial number). All subject headings were imposed by the processor. Series in this collection include service records, photographs and postcards, publications, materials relating to the history of the USS South Dakota, ephemeral items, and clippings.

Scope and Content: The Joseph H. Pendleton collection is comprised of personal papers and other materials retained by Pendleton between the years 1881-1932. The bulk of the collection is comprised of Pendleton’s voluminous correspondence; a lesser component of the collection is comprised of Pendleton’s Marine Corps orders. There are four significant periods of his military career covered by the collection. The early years of Pendleton’s career, including his tours in Alaska and Bremerton, Washington, are marginal. The first significant group of documents his tour at Olongapo and Manila, Philippine Islands, during the years 1909-1912. Following his service in the Philippines, Pendleton was detached to expeditionary service in Nicaragua in 1912. This portion of the collection is also substantial, consisting of materials related to his negotiations with revolutionary leaders; the battles at Masaya and Coyotepe Hill; the capture of the rebel stronghold of Leon; and the leadership and guidance of Rear Admiral William H. H. Southerland, superior officer of the expedition. Materials from Pendleton's service in the Dominican Republic are another concentration in the collection. Covering the years 1916 to late 1918, materials document the initial pacification, occupation, control, and elimination of corruption in the Dominican Republic. The concentrado program, implementation of anti-guerrilla tactics, and the ramifications of World War I in the Caribbean are also prevalent. Pendleton’s interest in the Dominican Republic continued long after his return to the United States, and numerous letters offer his analysis of the conditions and progress in the Dominican Republic; this is evident in Pendleton’s correspondence with Charles Lyman, commander of the 4th Regiment in Santiago. The largest component of the collection concerns Pendleton's advocacy and successful development of the Marine Corps Base and Recruit Depot, San Diego, California. His efforts at both Headquarters Marine Corps and the halls of Congress are recorded in this segment of the collection.  The collection is replete with other concerns, including the promotion situation for officers of the era; his civic interests, especially in San Diego; and his support of Masonic and Veteran's organizational activities.  Within each series the collection is arranged chronologically. There are two series in this collection: official correspondence and orders. 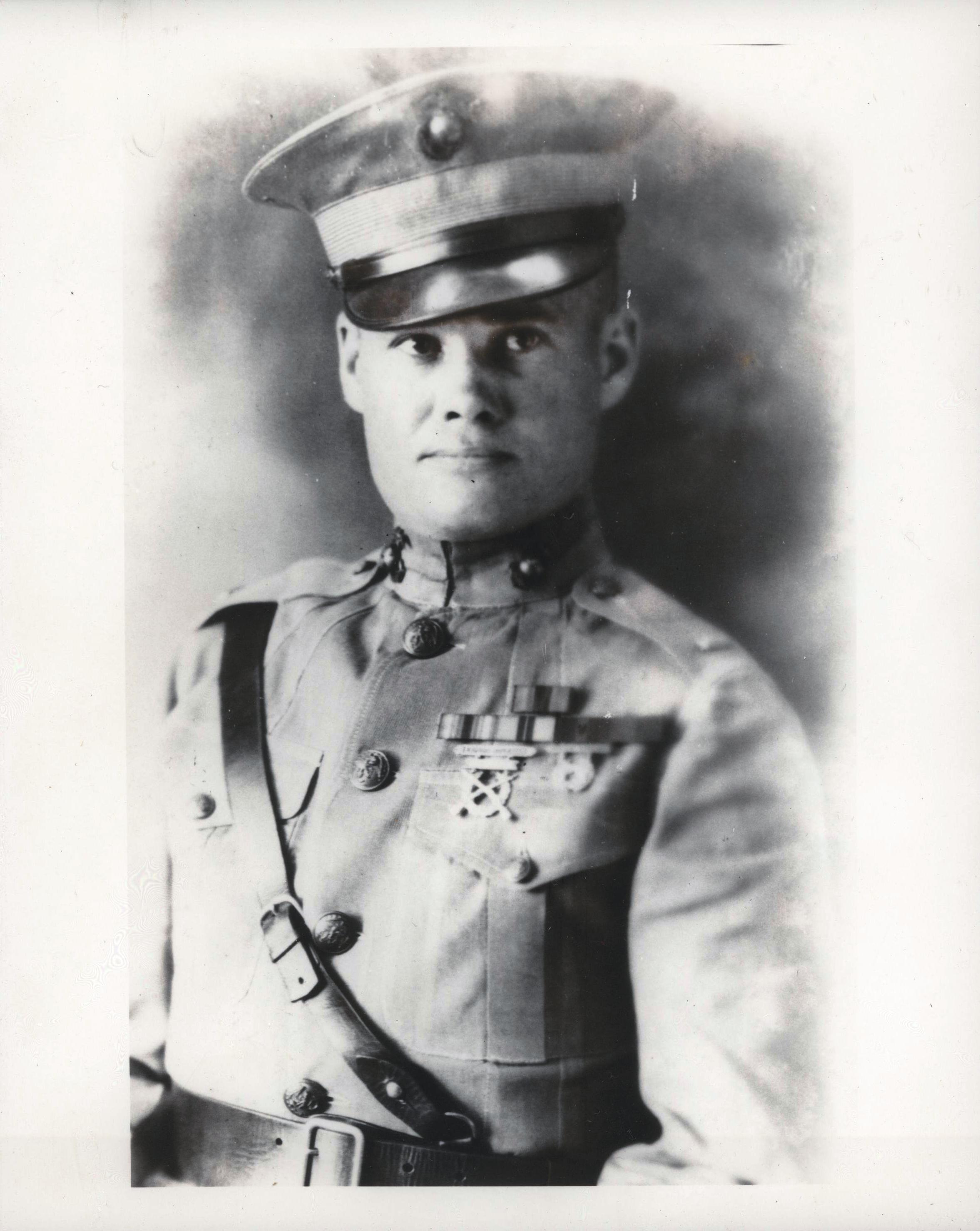 Scope and Content: The Lewis B. Puller collection consists of materials relating primarily to his career with the Marine Corps and materials collected by his wife, Virginia Puller, following his death. The dates of the collection range from 1919-2005.

The bulk of the collection is comprised of correspondence, both official and personal. The correspondence includes letters sent and received by Puller, primarily to his wife and children while serving in the Marine Corps, and some letters from his mother. Of note is correspondence related to his retirement in 1955. There is also correspondence sent to and received by his wife, to include condolence letters, and letters concerning posthumously awarding her husband the Medal of Honor.

The collection is arranged chronologically within each series.  All of the subject headings were imposed by the processor.  Series in this collection include correspondence, clippings, subject files, and photographs.