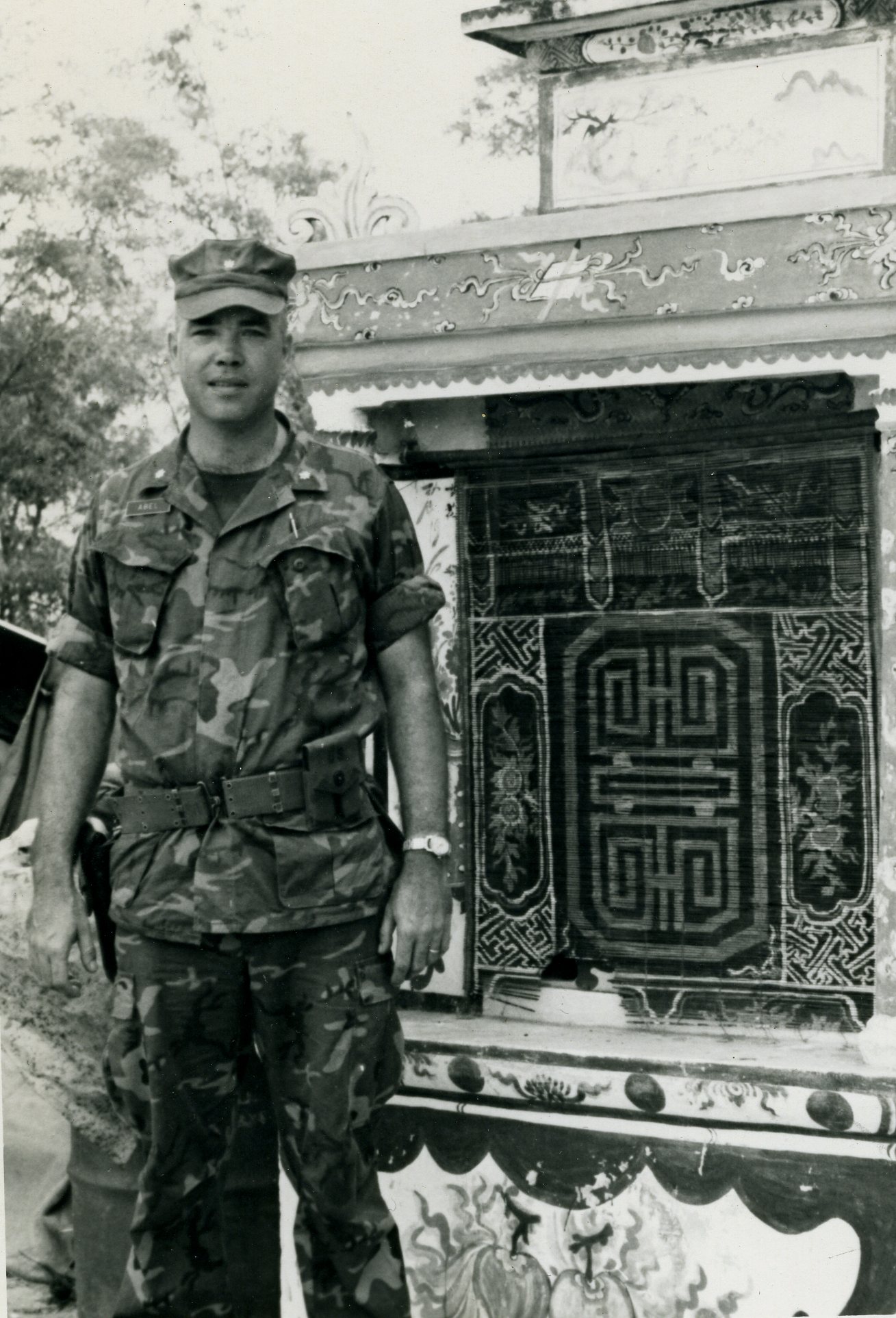 Scope and Content: The bulk of the Jonathan F. Abel Collection consists of photographs, notable for the highly detailed view of Marine operations and activities in Vietnam they provide.  Combat operations and humanitarian endeavors are given equal consideration, and the collection is particularly notable for the depictions of civic affairs that were undertaken by Marine forces. Also notable are the photographs depicting Marine operations. There are substantial photograph sets for many operations, notably Operation Dewey Canyon, Operation Meade River, Operation Pipestone Canyon, Operation Oklahoma Hills, and Operation Taylor Commons.

The photographs in the Abel collection were generated by the Force Information/Photograph Sections of the III Marine Amphibious Force [III MAF], Military Assistance Command, Vietnam [MAC V]. The photographs span the years 1965-1970, the bulk of these dating from 1967-1969. These photographs were routed through the Danang Press Center in Vietnam after being vetted and approved for distribution. The photographs were originally maintained by Abel as subject files, arranged alphabetically. In order to increase their accessibility, the photographs were rearranged by ground and aviation units (arranged numerically), and by operation (arranged alphabetically by operation title). Those photographs that were nonspecific to a unit or squadron were arranged into subject files, and therein arranged chronologically by subject. Subjects in the subject file can be as specific as individual aircraft or locations (i.e., “A4 Skyhawk Operations” or “Hue”); or as general as a concept (i.e., “Artillery”). To further improve access, the box list includes a complete list of captions associated with the photographs, where available. Those photographs not bearing captions were assigned captions by the processing archivist, indicated by brackets (i.e., [Unidentified Marine colonel shakes hand with two unidentified aviators]). Many of the captions read as capsule press releases, noting the units, locations, and individuals featured in the photographs. Many of these photographs reveal the names and street addresses of individual Marines. For privacy reasons, the street addresses have been redacted from the captions; the city and state have not been. Whenever possible, the individual photograph descriptions include the photograph's original Division control number, the date the photograph was taken, the title of the photograph, the photograph description, and the photographer.

The Abel collection also contains an assortment of other materials, including publications, maps, press releases, and ephemera.

Scope and Content: The papers of Robert B. Asprey consist of materials relating mainly to his career as author and military historian. The dates of this collection range from 1962-1973, with the inclusion of some materials dating back as far as 1900. Included in this collection are primary as well as secondary source materials which illustrate not only the history of the Marine Corps, but all of military history. Some of the materials contained in this collection pertain to Asprey’s published works, which include At Belleau Wood, First Battle of the Marne, Once a Marine: The Memoirs of General A. A. Vandegrift (Commandant of the Marines in World War II), Semper Fidelis: The US Marines in World War II, The German High Command at War: Hindenburg and Ludendorff Conduct World War I, The Rise and Fall of Napoleon Bonaparte, and War in the Shadows: The Guerrilla in History. Asprey's works in military history not only include vast amounts of information and source material regarding the endeavors of the Marines in World War I and II, but virtually the entire history of the Marine Corps and its development from 1900 through the 1960's. Asprey’s works in military history also include the rise and fall of Napoleon Bonaparte and history of World War I from the point of view of the German military staff.

Highlights of this collection include the original transcripts of Asprey's taped interviews with General Alexander A. Vandegrift for his book, Once a Marine: The Memoirs of General A. A. Vandegrift. Other highlights include the extensive source material collected by Asprey on General Smedley Butler; the “fine tuning" of the concept of the Fleet Marine Force and the Marine Aircraft Wings; and numerous articles and stories written by Marines and other military historians on subjects relevant to the Marine Corps for the John A. Lejeune Forum, published in the Marine Corps Gazette and compiled and edited by Asprey.

Asprey's ability to research and report military history is evident in the numerous volumes he has published throughout his career. This collection will prove useful to the researcher who is interested in all aspects of general military and Marine Corps history. Be it the trenches of Belleau Wood, the jungles of Guadalcanal, the development of military strategy and forces in the 1960's or a particular era in the social and military fabric of the twentieth century, this collection will prove beneficial.