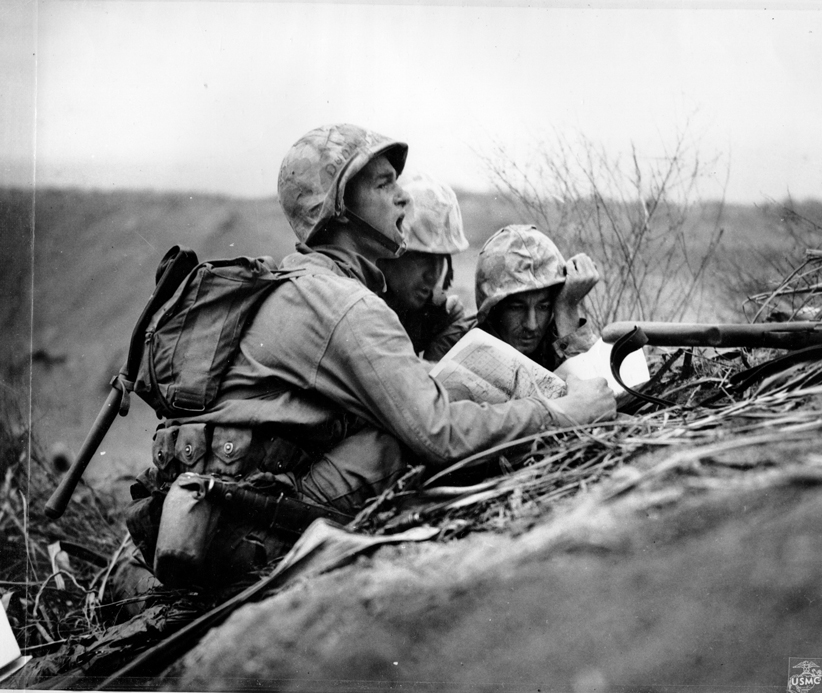 The bulk of the documents in this collection were produced by the V Amphibious Corps; the 3d, 4th, and 5th Marine Divisions; and Task Force 56 during the campaign to capture the island of Iwo Jima, known as Operation Detachment. 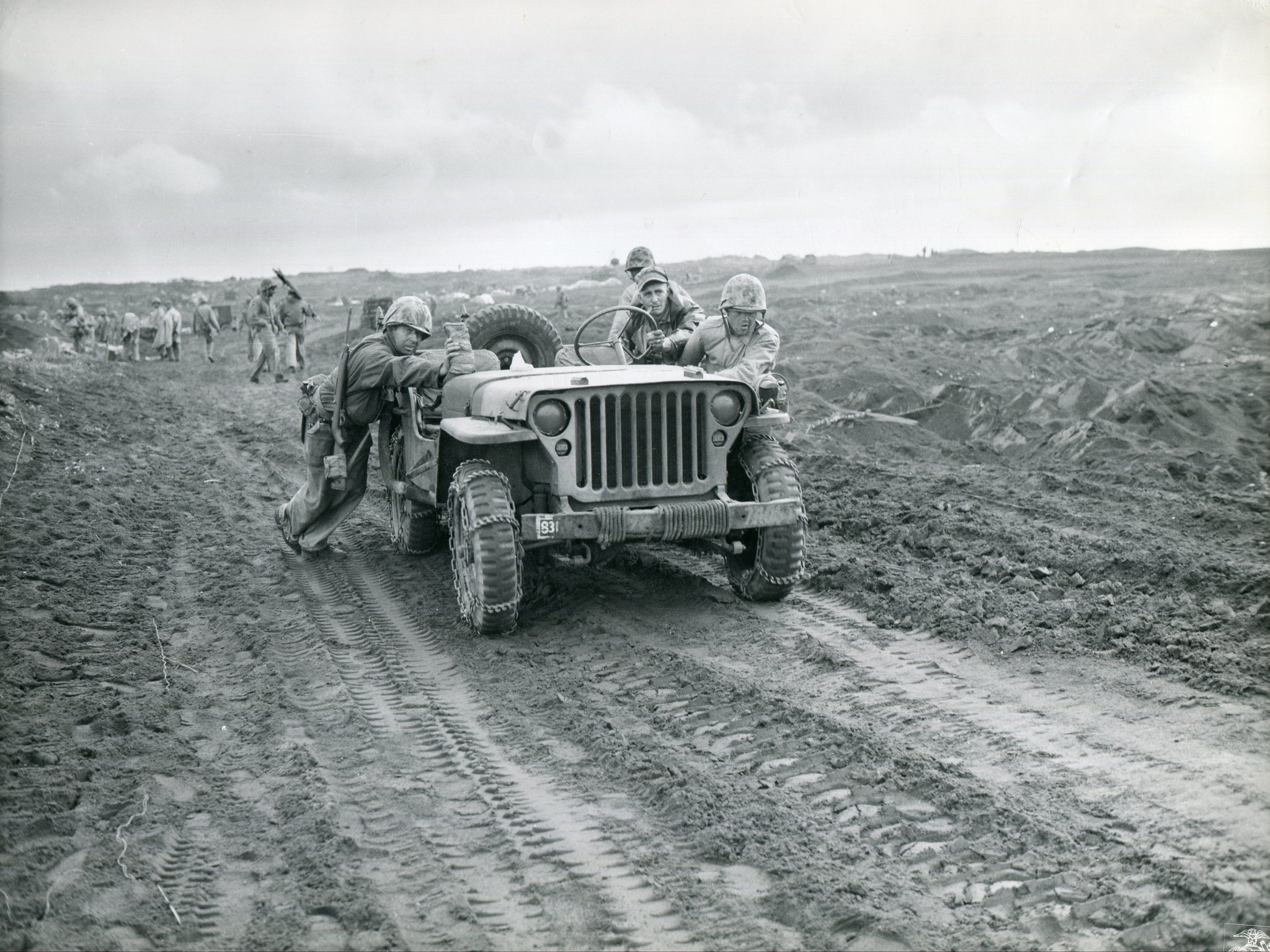 The criteria for selecting collections for inclusion in this index is limited to those personal papers that contain  materials pertinent to the study of the Guadalcanal campaign. Collections in this index are comprised of official Marine Corps records, documents, and publications; letters and correspondence; manuscripts; photographs; maps; memoirs and reminiscences; clippings and articles; oral histories and interviews; and realia and ephemera. 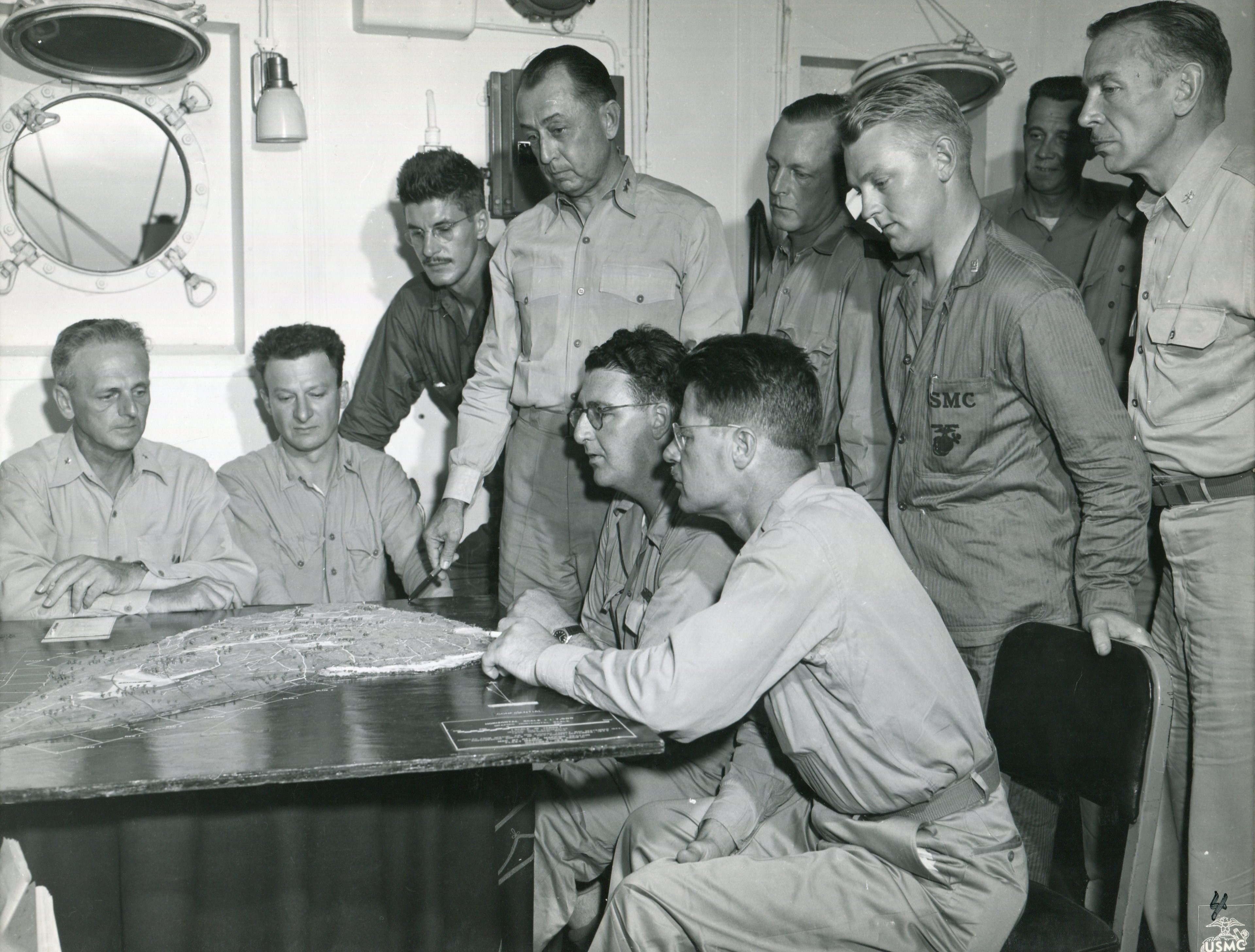 The Archives Branch maintains a Flickr page dedicated to showcasing photographs found in our collections.
Photographs relevant to the study of the battle for Iwo Jima during World War II include images of the landing on D-Day, and Louis Lowery's documentation of the first flag raising on Mount Suribachi, among others.
Please note that some of the photographs found on our Flickr pages are considered public domain and have been cleared for release. While some imagery is public domain, any use of such imagery from this site must be attributed to the U.S. Marine Corps, or the individual photographer. Photographs may not be used to deface the reputation of the Marine Corps, its personnel, or policies.  Additionally, some imagery on this site may fall under copyright protection, such as imagery from personal photo collections donated to the Archives. Please contact us for more information regarding proper use of and/or copyright restrictions for these images. 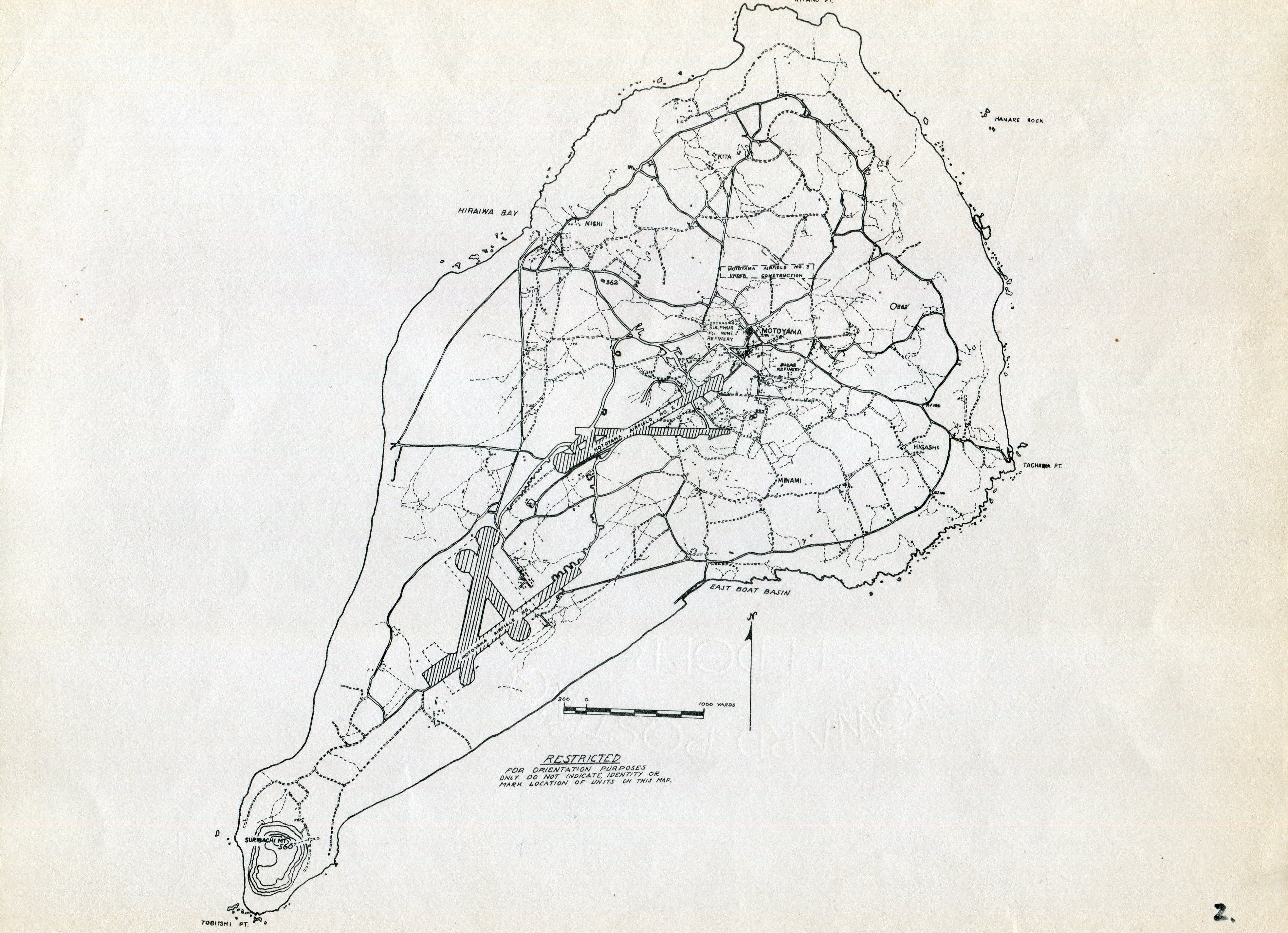 The Archives Branch maintains a collection of original maps from the Iwo Jima campaign, to include the overlays, appendices, and enclosures from the Divisional operation plans and after action reports.

Some of these maps are available in digital format.  Please contact the Archives for more information.

Available as full-text, searchable PDFs from the Government Publishing Office.