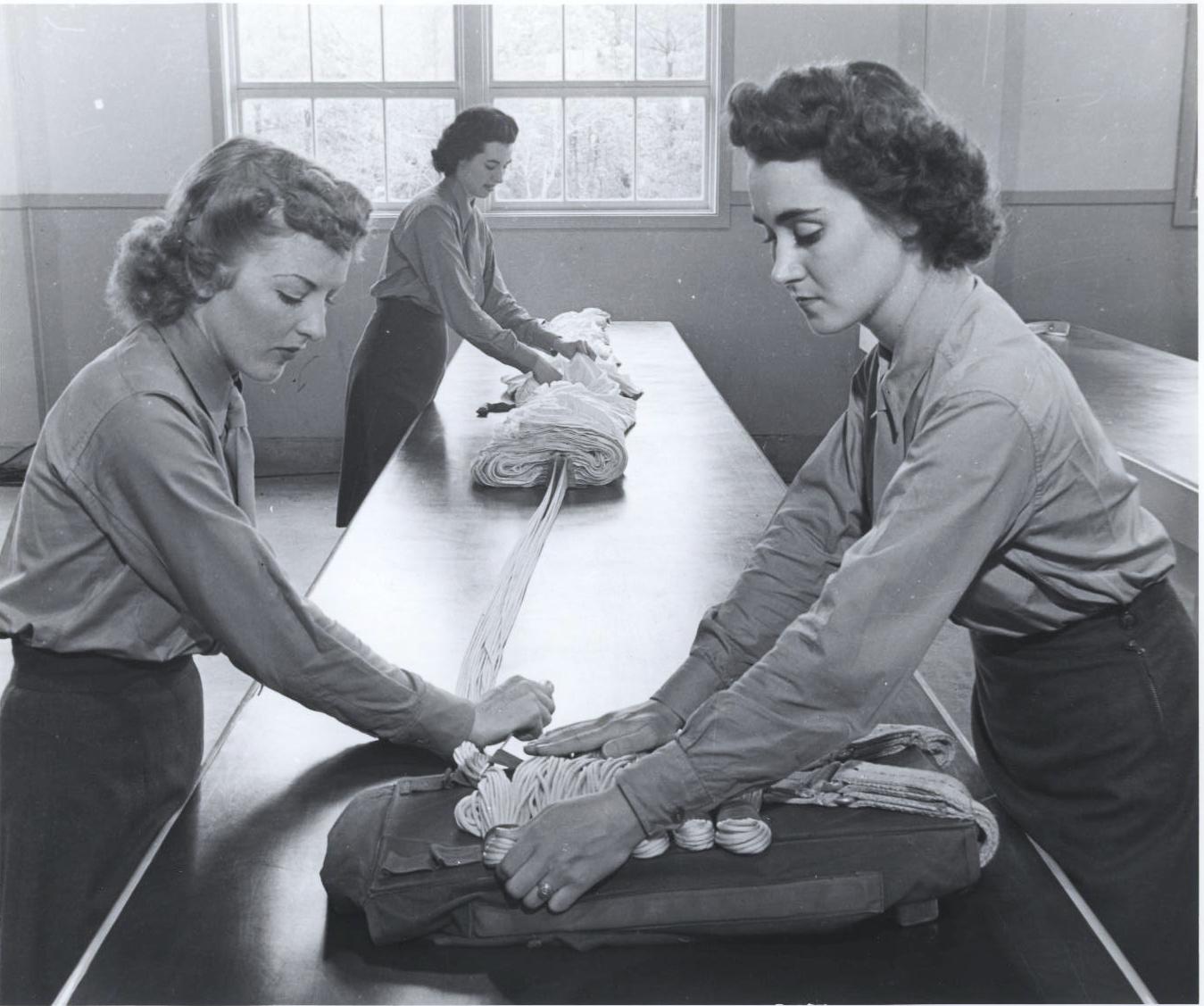 The Marine Corps Women's Reserve was established in February 1943. Before the end of World War II, a total of 23,145 officer and enlisted women reservists served in the Marine Corps. Women Marines in World War II performed over 200 military assignments. In addition to clerical work, their assignments included parachute riggers, mechanics, radio operators, map makers, motor transport support, and welders. By June 1944, women reservists made up 85 percent of the enlisted personnel on duty at Headquarters, Marine Corps and almost two-thirds of the personnel manning all major posts and stations in the United States and Hawaii. Following the surrender of Japan, demobilization of the Women's Reserve proceeded rapidly, but a number of them returned to service as regulars under the 1948 Act.

During World War II the branches of the United States military were often roiled by divisiveness and rivalries. Though they were ultimately victorious in the Pacific Theater, the Army, Navy, Marine Corps, and the air forces of all three worked under joint commands throughout the war, and these branches of service overcame—or at least surpassed—these problems. Throughout the war, everything that occurred on the front lines of the Pacific directly affected the interservice tensions among the top echelons of the branches as focus slowly turned to the defense unification discussions occurring in Congress. This resulted in the National Security Act of 1947. For the Marine Corps, this process became a fight for survival as the president, the Army, and later the Navy all sided against Marine Corps interests in a scramble to mantain their own agendas. Discussions and speeches in Congressional committees grew to prominence by mid-1944, forcing the Commandant of the Marine Corps and others to divide their attentions between the war in the Pacific and the war in Congress. In the end, the Marine Corps was able to leverage the press, congressional associations, and popular opinion to gain official recognition and guaranteed their place in the American military system through Public Law 416 in 1952.